What do Fruit Growers do all Day? Tinsmiths’ Calendar Post

This morning was not the best time to turn up at Cilla Clive’s Fruit Farm, Redbank, close to Ledbury. 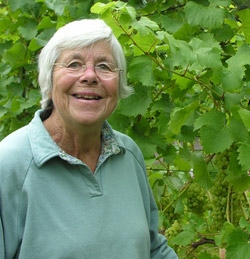 Despite the pressures of harvesting, monitoring ripening apples and huge decisions to be made as the fruit market across Europe reels at the fallout from Russian blockades, Cilla was welcoming.

“I grew up on a farm growing hops, cider, blackcurrants and Hereford cattle. My father believed that women should have proper roles and, when I planned to go to agricultural college at Seale Hayne, he suggested I study agriculture, rather than specialise in dairy from the start. He didn’t want me to be tied to a cow’s tail”.

Her father wasn’t the only person to encourage Cilla to furnish herself with the knowledge that she needed to be an independent woman and fruit grower. In 1974 she embarked on a “crash” course in fruit growing with instruction from Dick Clive. 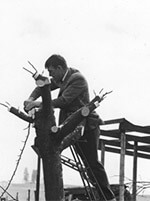 The winter of 1976 found Cilla planting strawberries in the snow on the south-facing banks of Wall Hills, near Ledbury which became Red Bank – the nucleus of a many enterprises in later years. The strawberries were a cash crop to help fund the longer-term investment in orchards which have been Cilla’s main concern in the intervening years. 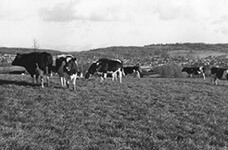 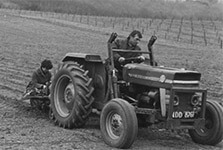 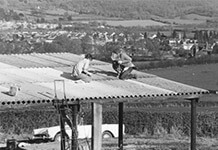 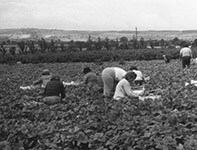 Work starts at Red Bank at 8am at this time of year when workers arrive and the length of the day depends entirely on the season.Cilla at 73 yrs, has only just, under advice from medics, given up tractor driving but is firmly in the driving seat making decisions daily if not hourly. 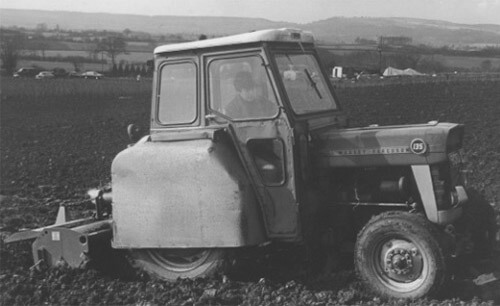 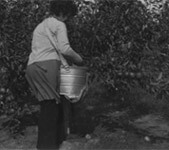 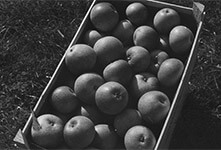 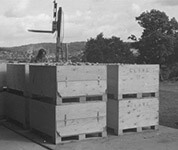 First Apples for the Apple Store

Of course, Cilla takes advice and she takes it widely and with great care. I was struck by the way she is constantly comparing fruit growing across the world, listening and filtering facts and anecdote. What in her working day would she gladly be rid of?

“There is a ton of office work, which is a pain, but I am lucky to have the back-up of my son’s business, Haygrove, which allows some relief from it. I am a grower – that’s it”. Orchards on a Misty Morning at Redbank, Sept 2014

So what to grow in the future and what drives her forward?“Inheritance Tax!” she exclaims, and, as it turns out, global warming. The champagne regions are on the move North and growing grapes for wine is becoming a real option in Ledbury. But this isn’t the first time that the slopes of Red Bank have been vineyards.

In 1266, Thomas Cantilupe, Bishop of Hereford and last English Saint, visited his palace in Ledbury to hunt boar on the Malvern Hills, instructed that the vineyards on the south facing slopes of the Wall Hills be re-planted. Now Cilla is doing it again. Bacchus (grape variety) is gradually re-claiming the slopes, and in this, its first year, looking good.

“I realised that apple growing was unlikely to be of interest to my son whereas grape-growing and wine-making would excite him. I put it to him and was delighted by his interest.”

Cilla’s excitement at this new area of activity is tempered by her practical, business-like approach and years of experience; she explained that it is always important to grow for demand rather than personal preference and to spread risk in this weather-dependent realm of horticulture. The world of wine-making is short of Bacchus, hence Bacchus…… 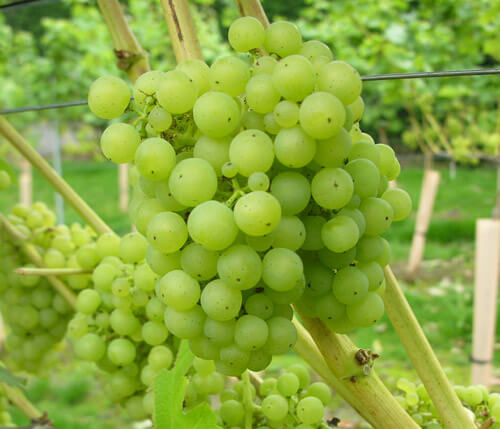 First fruitings of Bacchus at Redbank 2014

“I had a great road trip two years ago to see my first batch of young grape vines growing in a specialist nursery in Luxembourg. The nursery-man was surprised to see me, apparently nobody visits their young plants, but it’s good to make the connection and I think people make a special effort in response”. 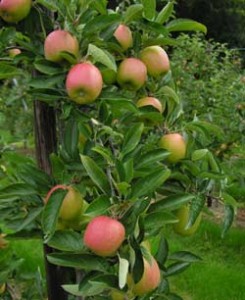 Many thanks to Cilla Clive for an hour of her time – in the middle of apple picking!  I look forward to a Spartan, Jazz, Cox or Bramley soon and a little later, a glass of something from Bishops’ Vineyard.