In the second of our posts written by Anneliese Appleby to accompany the forage themed Tinsmiths 2020 calendar, we have a recipe which puts rhubarb centre stage.

Wash the rhubarb, trim and discard the leaves at the base.

Cut into lengths of approx 1” (2cm). Place into a large clip top jar (or a bottle) and sprinkle over the sugar, close and then gently shake th​e jar to coat all the rhubarb in sugar. Leave to stand overnight. Next day, add the gin.
Give it a good shake and leave to stand for 4 weeks.

After 4 weeks you can strain off the fruit and bottle the gin or serve it straight from the jar adding pieces of rhubarb to the cocktail. Alternatively strain off all the fruit and use it to make a lovely boozy pudding such as trifle, crumble or fruit fool.

This recipe can also be used for many other Summer and Autumn fruits including damsons, sloes, raspberries and blackberries. It’s also possible to replace the gin with vodka (if you’re not a fan of gin) to make an equally delicious flavoured spirit.

When using dark berries, such as damsons and blackberries, try adding half a teaspoon of real vanilla extract to the full bottle to give a subtle depth to the flavour. If you’re using damsons or sloes you will need to pierce the skin to release the flavour – this can be done by hand with a cocktail stick or by putting the fruit in the freezer overnight, before starting the recipe, to burst the skins​. In this, the first of a series of posts written by Anneliese Appleby to accompany the forage themed Tinsmiths 2020 calendar, attention is turned to the nutrient-packed watercress plant.

January is a month where foraged food is less abundant which is why watercress has been chosen as this month’s subject.

In Victorian times watercress was often known as Poor Man’s Bread, as impoverished labourers would have access to watercress even if they couldn’t afford bread or, where meat wasn’t available, watercress was often used to fill sandwiches. Watercress is packed with nutrients, it is rich in vitamin A (from beta-carotene) and vitamin C, and is a source of foliate, calcium, iron and vitamin E. It also contains useful amounts of vitamin K, thiamin, vitamin B6, potasium and Iodine. Watercress, along with nettles, really is an amazing secret foraged superfood!

Please note, only harvest wild watercress from watercourses that you know to be clean, unpolluted and away from livestock. Watercress can be a source of Liver Fluke, a group of harmful parasitic trematodes.

Heat the Oil and Butter in a large saucepan. Add the Garlic, Onion, Nigella Seeds and Celery
and saute gently for 5-10 minutes until the onion becomes clear but not browning.
Add the Watercress, stir to coat in the buttery oil and onion, cover with a lid and wilt for 7-8
minutes, turning over the leaves with a spatula occasionally.
Add the stock. Bring gently to the boil, simmer for 5 minutes.
Whizz in the pan with a handheld liquidiser.
Season to taste

Serve piping hot with a generous swirl of Double Cream
On the side try a crusty loaf of bread, lashings of butter and a lump of a fine French Cheese. Enjoy. 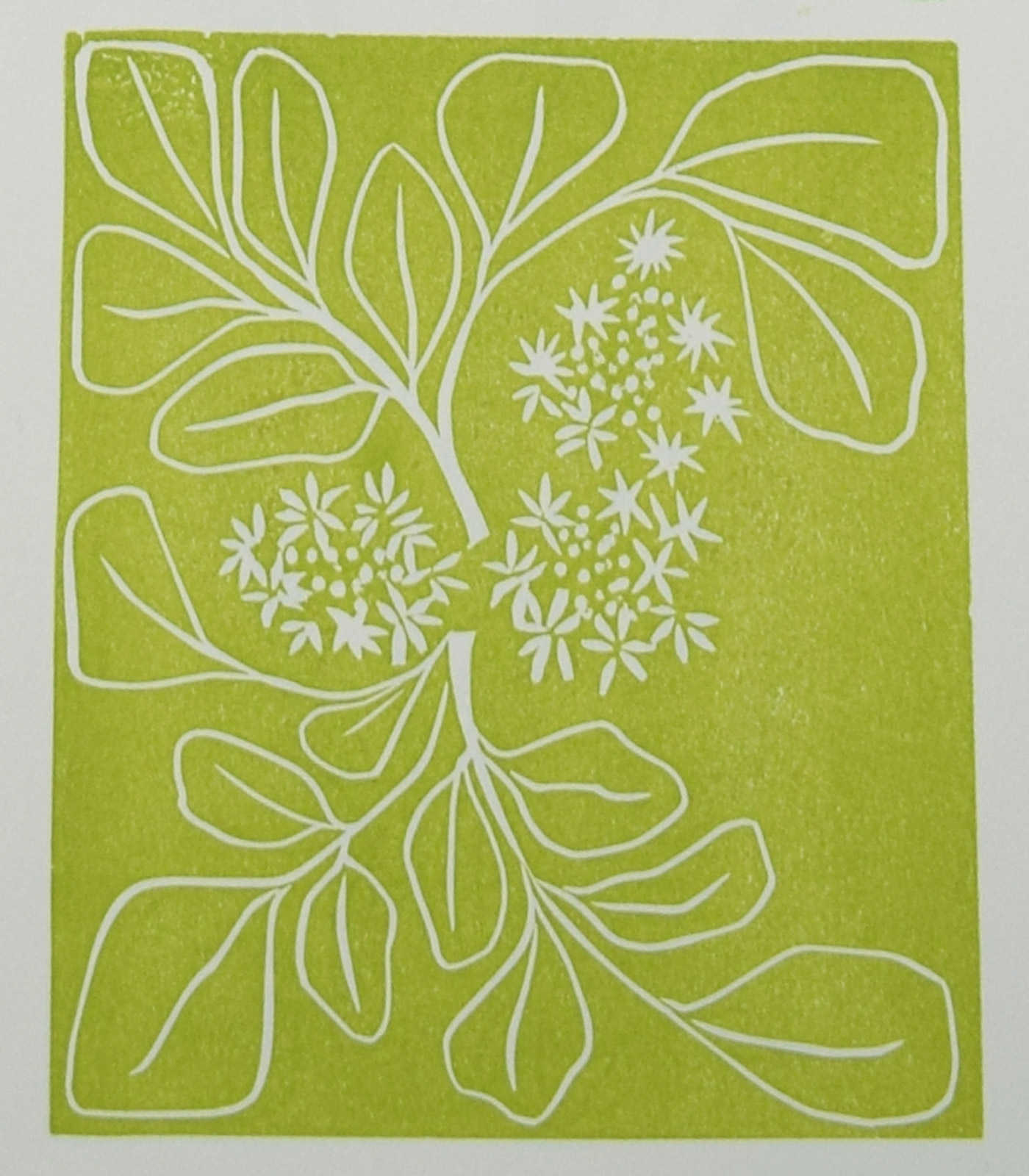 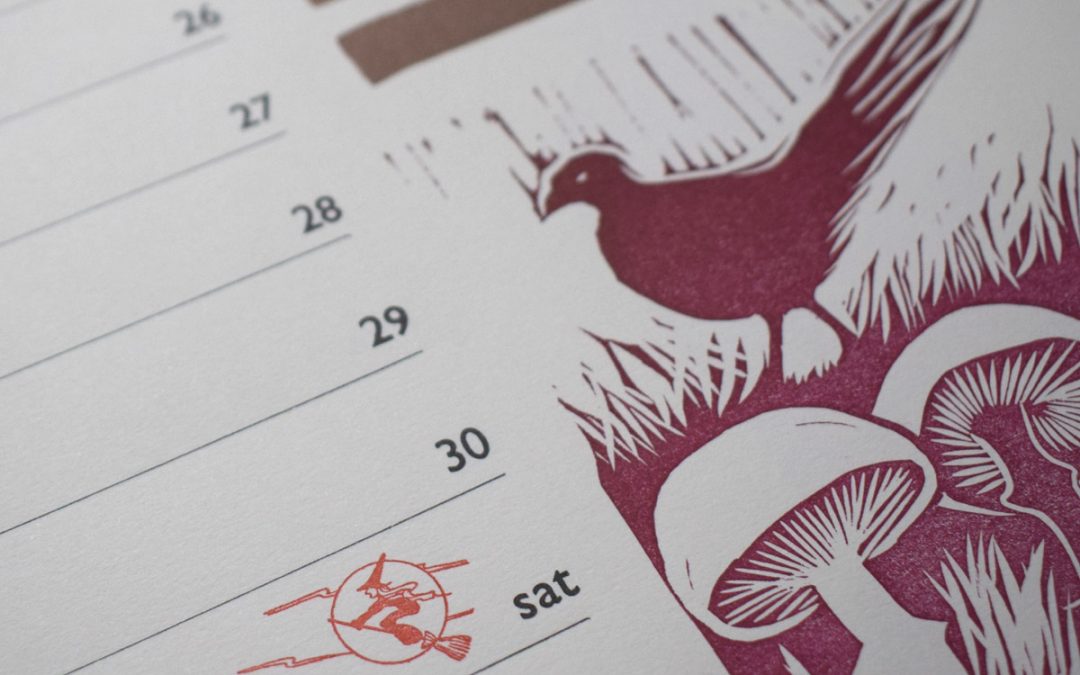 The 2020 Tinsmiths Calendar takes it’s inspiration from nature’s seasonal bounty. For this, our twelfth Tinsmiths Calendar, the theme is foraging. Beautifully illustrated with linocut designs by Anneliese Appleby, each month showcases a different forage suggestion from locally grown, seasonal produce. The calendar has been a collaboration between Anneliese Appleby and Martin Clark of Tilley Printing, who has printed all of our previous calendars to date, using original type, blocks and linocuts and then printed on Tilley’s trusty Heidelberg letterpress (which, we’re reliably informed, is due to celebrate it’s fortieth year of hard work in 2020). Throughout 2020 we will bring a monthly ‘forage’ post, kindly written by Anneliese, to accompany the according month illustration in the calendar. Foraging is a great excuse to get outdoors, learn more about the local habitat and enhance your diet and cookery with new flavours, colour, and healthy nutrients. Foraging can be a fun activity with children and a wonderful way of teaching them about where food comes from. There’s nothing quite like the excitement of going out for a long walk to find the forage and then bringing it home to make into a tasty meal. It’s also an excellent reminder of the seasonal heritage of our food.

Before foraging there are a few important things to bear in mind:

As you turn the page of your calendar each month don’t forget to revisit the Tinsmiths blog for the latest foraging entry which will be peppered with poetry, tips and recipes. 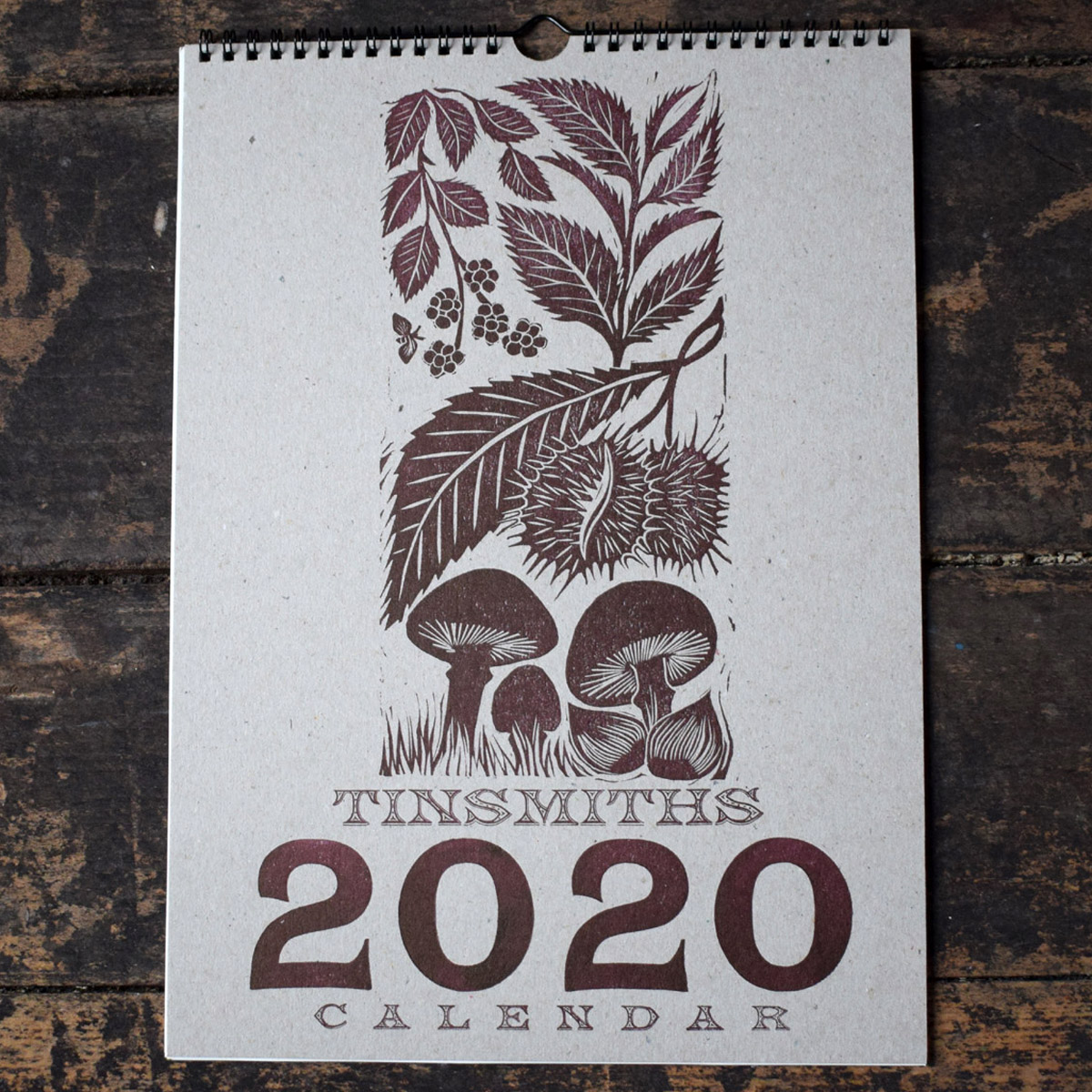 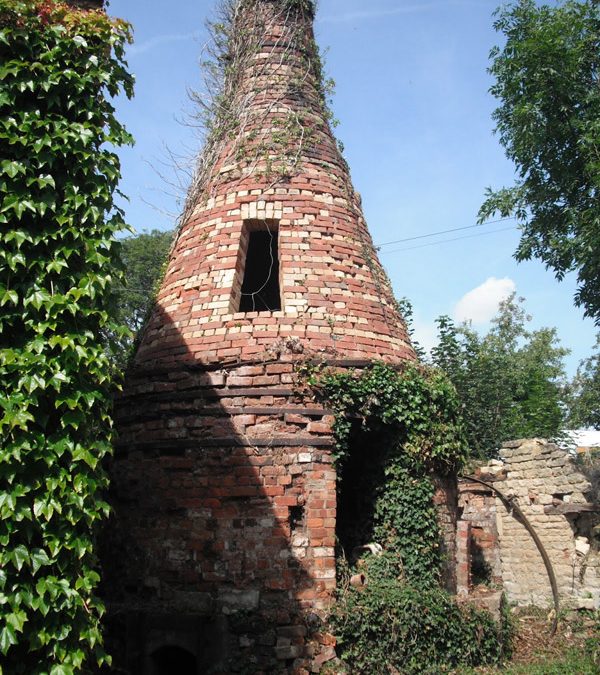 A Lot of Bottle – Winchcombe Pottery 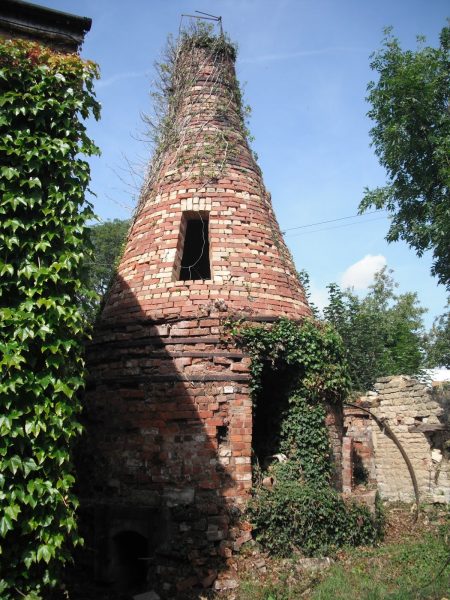 The Bottle Kiln at Winchcombe, last fired in 1954, awaiting restoration.

There has been a working pottery on the site at Winchcombe, Gloucestershire since the late 1700’s – barring closure during the 1st & 2nd World Wars. Emblematic of country potteries of the 18th & 19th century were bottle kilns; massive wood-fired or coal-fired kilns filled with everyday wares by a team of “repeat throwers” and taking two-three days to reach temperature. 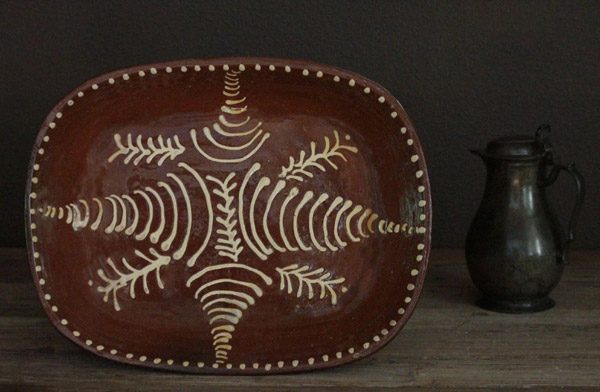 An example of Slipware Pottery, typical of the Greet Pottery Period

The Bottle Kiln at Winchcombe is in a sorry state – it stands sprouting vegetation and without the surrounding pottery sheds. Some would say it is madness to attempt resusitation but the kiln is part of a fantastic story that tracks change in the ceramic industry through this period to present day.

Winchcombe has clay – lots of it – which is why the pottery started here. The first recorded pottery on the site, Greet Pottery, made chimney pots, plant pots, rhubarb forcers, tableware for local people. Michael Cardew – student of Bernard Leach – spotted the possibility of setting up his first workshop here after its closure was forced by the outbreak of the First World War . His era at Winchcombe began in 1926 and marked the shift from rustic traditions to studio pottery. Cardew recruited two locals; importantly, Elijah Comfort, aged 63 and who had worked before in the pottery and a little later the 13 yr old Sidney Tustin. Cardew wanted to follow the old traditions of English Slip-decorated Earthenware and was successful in this, continued filling the enormous bottle kiln and expanding his workforce. 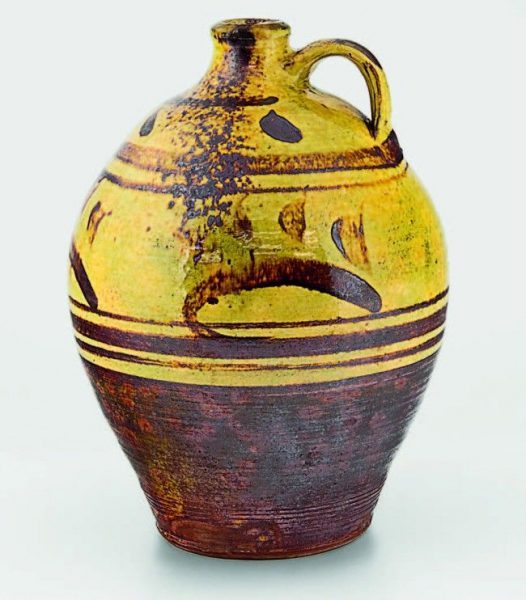 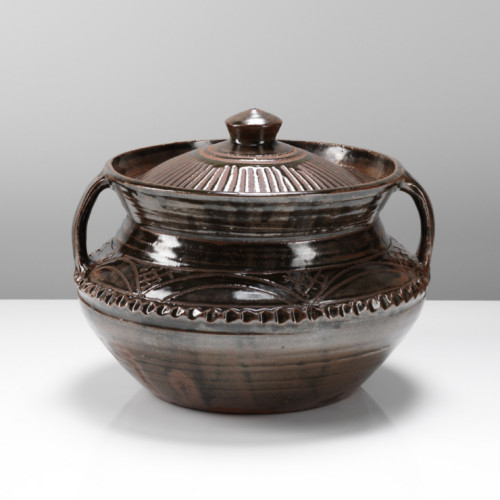 Bottle and Casserole by Michael Cardew

The Second World War brought change; Cardew moved to Bodmin leaving the young chemist, Ray Finch to carry on the pottery, which was, again, forced to close during Second World War. Finch returned, bought the pottery and welcoming student potters – many of whom have become well-known in their own right – but the pottery struggled and the bottle kiln was fired for the last time (to date!) in 1954. 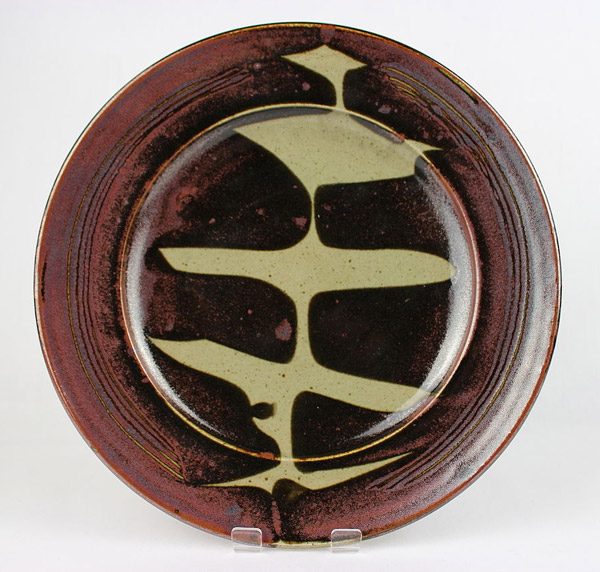 Ray Finch, influenced by the stoneware pottery of Shoji Hamada, began to equipping the pottery with kilns to fire stoneware alongside earthenware and this gradually became the mainstay of the pottery which flourished during the 1960’s and benefitted from a craft pottery revival with the interest in a “wholemeal” life.  Ray’s sons, Mike and Joe, followed their father into the crafts – Mike with this own pottery in Wales and Joe continuing at Winchcombe until his retirement in 2016.

Winchcombe Pottery is right now entering a new phase. Matt Grimmitt (a descendent of Elijah Comfort) took over the “wheels” from Mike Finch and, working together with John Forster and Joseph Fuller, there is a real sense of new life being brought to the historic pottery at a time when there is, as there was in the 1960-70’s, renewed interest in the crafts across the board and in pottery, especially. Winchcombe continues to make stoneware but has just produced the first slip-decorated earthenware pitchers and, who knows, could this be a return to Winchcombe roots in earthenware? Possibly even in a bottle kiln? If you would like to help Matt and his team restore the bottle kiln, you can donate to their restoration project here. Having just received our first delivery of Winchcombe Tableware at Tinsmiths, we are delighted in the shapes, surfaces and feel of the ware which is robust, versatile, serene and undemanding on the eye – a real pleasure to use daily. We wish the new team at the pottery all the very best – we’ll be watching for how this incarnation of Winchcombe Pottery develops and visiting regularly. 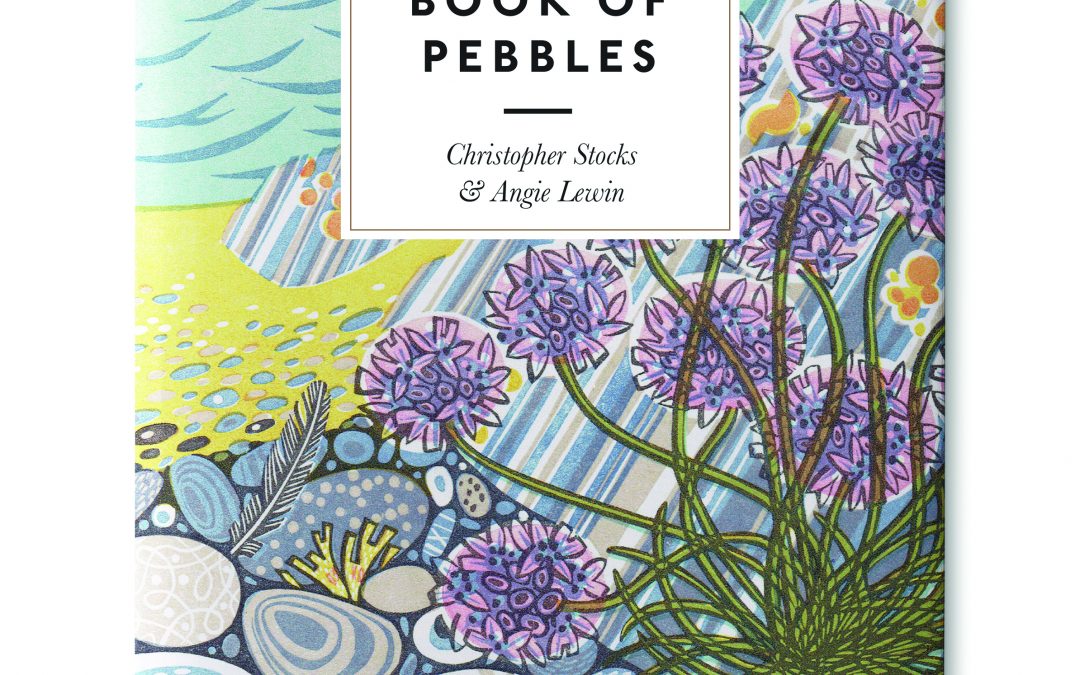 The Book of Pebbles Who hasn’t picked a pebble up whilst strolling the coast of Britain? They look especially inviting lying covered in the shallow water of a rock pool, the wetness showing colour that pales when the salty surface dries. There is something about walking along a beach that is meditative and frees our minds, allowing us to focus on – well, what is at our feet. Just shingle and horizon. Homeo sapiens are  hunter-gathers with brains programmed to look for patterns and anomalies within these. For example, to find a juicy berry amongst a thicket and our modern interpretation may be to find the most alluring pebble. Christopher Stocks suggests many more reasons – historic and contemporary  – for this popular activity in “The Book of Pebbles”, a new book published by St. Jude’s and lavishly peppered with artwork by Angie Lewin who traces the routes of her own pebble-picking habits in a foreword to the book. Following chapters examine other reasons for and peaks in the popularity of pebble collecting; from fossil-hunting Victorians to those inspired by Derek Jarman’s “Garden” in Dungerness.

In the back of the book is a handy section on the best beaches to visit for pebble collecting, advice on the legality of the activity and a glossary of commonly found types of stone. ” The Book of Pebbles” is an enjoyable, fairly quick read but one must allow time to linger over Angie’s prints and watercolours whilst fully absorbing the words. Signed copies of the book and limited edition prints will be available at Tinsmiths during Angie’s exhibition here, Prints, Pots and Plants; an exhibition with potter Mark de la Torre, running from 16 March to  29 April 2019. Opening hours Tuesday – Saturday 10am to 5pm.