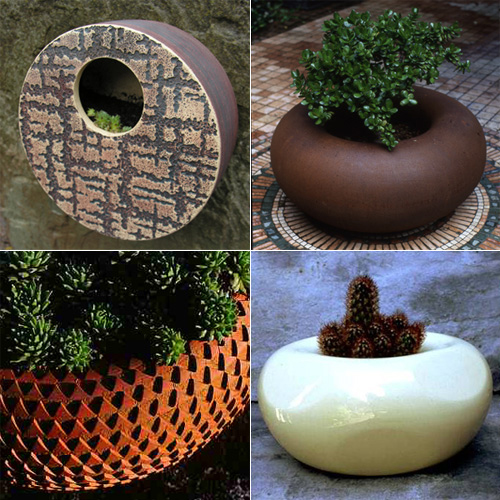 Having had the privilege of a sneak preview of some of  Mark de la Torre’s new designs (August 2010), they are a feast to behold! Mark had quite a long break from potting, during which he worked as a stonemason restoring ancient buildings. The experience and the break clearly revitalised him and influenced his approach to texture and colour. His new pots are recognisably a progression from where he left off and the development is very impressive. All his work is now in stoneware and with oxide colours which bring out the fabulous variety of surfaces that he has created.

Since the majority of Mark’s work is for outdoors, the courtyard garden at Tinsmiths is a great place for him to show his work.