Exactly two hundred years ago, Philip Clissett was born in Birtsmorton, Worcestershire, into a family of chairmakers. He was to become, arguably, the best known of all English rural chairmakers because of his association with the Arts & Crafts Movement. He was born in 1817 during Jane Austen’s lifetime, and lived long enough to take a ride in a motor car, and to see aeroplanes fly. Those who knew him remembered his rosy face, and that he said “thee” and “thou” in the old way.  When the Arts & Crafts architect and designer Alfred Powell visited him in 1903, he felt Clissett gave him “quite a glimpse of what the old aristocratic poor used to be”. The drawing of Clissett was published in 1898 in a prestigious arts journal, and captures something of what Powell expressed in words.

Philip moved to Bosbury,  near Ledbury in Herefordshire, in the early 1840s, and there he plied his trade in rural obscurity. His chairs were made from green ash on a pole lathe and shave horse, and he produced a wide range in the local style, with both the distinctive West Midlands board seat and with rush seats. There were two other chairmakers in Bosbury, and several others in nearby Ledbury. But from about 1860 onwards, vernacular chairmaking of this kind declined dramatically because of the upsurge in factory-made seating so that, by the 1880s, Philip was the only chairmaker left in the area. 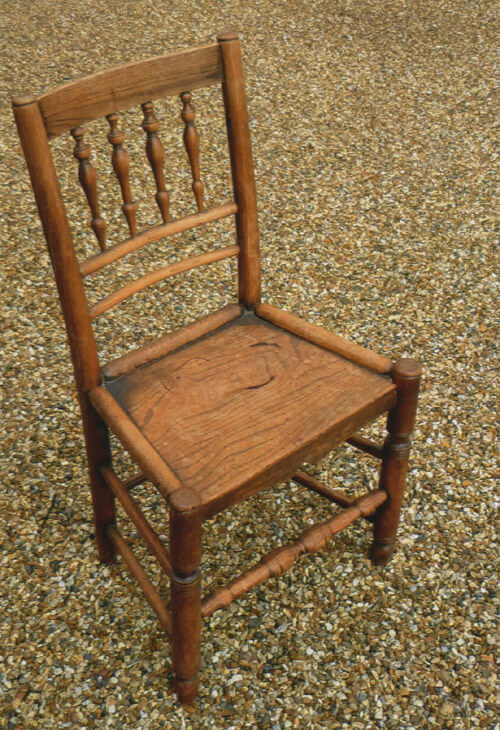 Then, in 1886, the Bosbury chairmaker was “discovered” by the Scottish architect James MacLaren who was working on a project in Ledbury, Herefordshire. While out for a walk, he came across what his companion later called “a real survival of village industry”, Philip Clissett’s workshop. MacLaren asked Clissett to make him some chairs, having made some drawings that were “improving a little upon his (Clissett’s) designs, but perfectly simple and in the old spirit”. 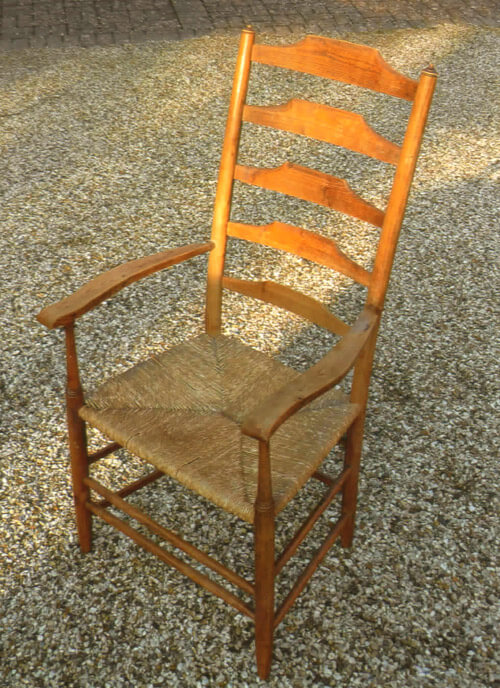 A couple of years later, the recently-formed Art Workers Guild was looking for chairs to furnish its meeting room, and MacLaren (an early member) appears to have introduced Clissett’s new ladderback chair, for it is these we see in the earliest photographs of the Guild’s meeting room in Barnard’s Inn (1892). Over a period, the Guild bought many of these chairs, and they are still used in their Meeting Hall in Queens Square to this day. Many members of the Guild, and others interested in the Arts & Crafts style, bought chairs from Clissett, and they were used extensively by various Arts & Crafts architects, especially by Raymond Unwin and Barry Parker, and even (it seems) by Charles Rennie Mackintosh. Philip Clissett was, essentially, a living embodiment of the values of the Arts & Crafts Movement; a time-served craftsman, happy in his work making honest furniture from basic materials with simple tools. 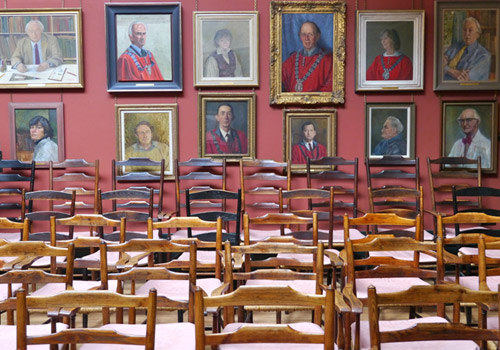 The sight of the chairs at the Art Workers Guild inspired the young Ernest Gimson to visit Clissett in 1890, and to spend a few weeks at Bosbury learning how they were made. This experience prompted his own turned chair designs and, from about 1903 until the First World War, he developed a range of rush-seated chairs that were made for him by Edward Gardiner. Although Gardiner abandoned his workshop at the outbreak of war in 1914, he began making Gimson’s designs again, and included a close copy of Clissett’s ladderback chair in the range on offer. This model continues to be made today by Lawrence Neal, the son of Gardiner’s apprentice. It’s still known as “The Clissett”.

Philip Clissett died in 1913 at the age of 96. His grandsons, who had continued the business once Philip was too infirm (he is reputed to have made chairs into his nineties), carried on until the Great War put an end to chairmaking in Bosbury. They never made chairs again. Philip’s interaction with the Arts & Crafts Movement, and the continued popularity of his ladderback chairs, ensure he is remembered to this day. Sadly, James MacLaren, the designer who made it all possible, is rarely acknowledged as his iconic chair design is frequently, and mistakenly, credited to Ernest Gimson. Together, they have inspired a whole new generation of chairmakers. 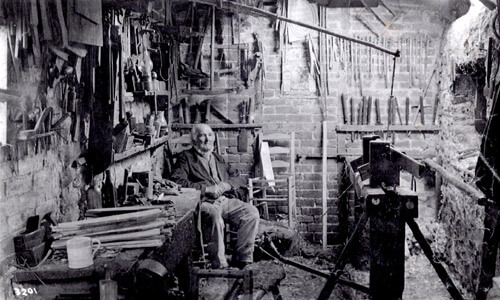 Tinsmiths would like to thanks Terry Rowell for writing this post for Tinsmiths Cuttings. More details about Philip Clissett, and the wide variety of chairs he made, can be found on his website which is devoted to the history of Philip Clissett