To describe something as “chintzy” nowadays is to describe it as rather blowsy, a bit “Mills and Boon” and not very sophisticated. So let’s see whether this is deserved……. 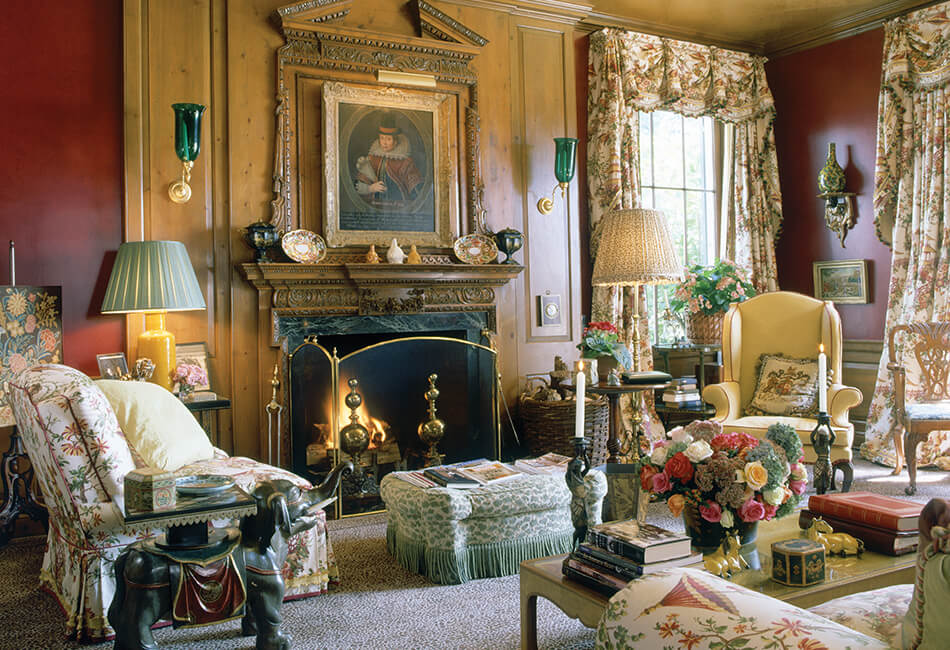 Interior by The Prince of Chintz, Mario Buatta (US) who is best known for his English Country House style using Chintz widely.

Chintz, when first discovered in India by pioneering European tradesmen was a hand printed, mordant- and resist-dyed patterned Indian cotton cloth flattened and burnished with buffalo milk and myrobolan (a dried fruit containing tannin) to give it a smooth surface. Pattern was usually large scale and exotic in the Mughal style. 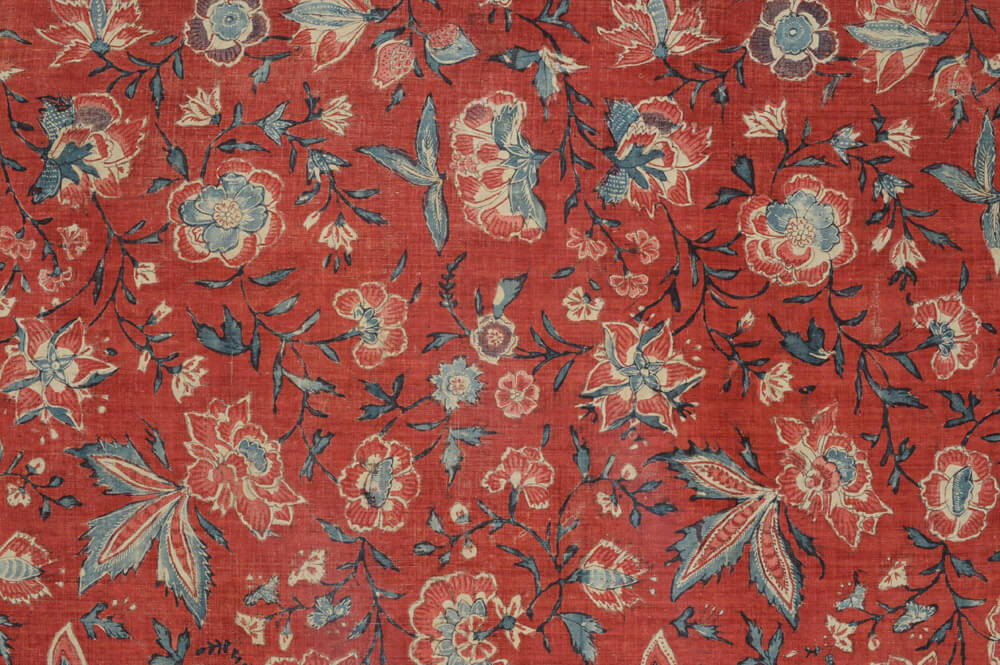 Spice traders of the late 17th century brought this new bright and colourfast cotton to a world used to rather dull wool and silk fabrics. Cotton was something new and it was immediately adopted for bed-coverings and home furnishings. It may have been at this point that the fabric gained a poor reputation as it is reported that the worn-out wall coverings were recycled by servants for clothing. It wasn’t long before the comfort and vibrancy of these fabrics became popular for all classes of society; reportedly, Daniel Defoe protested that “persons of quality dress’d in Indian carpets.” 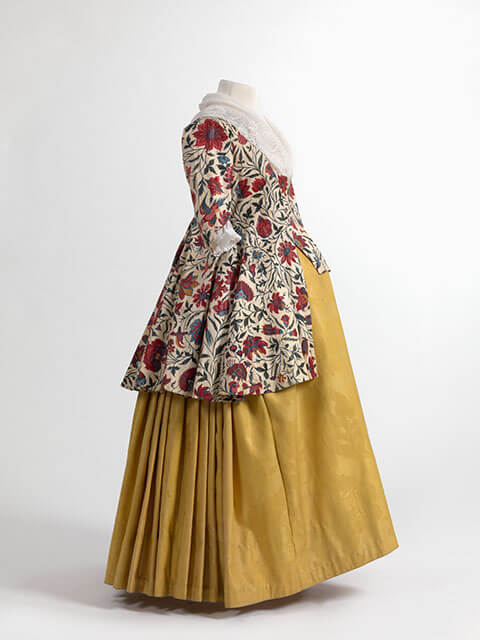 Soon after its introduction in the West, orders for specific designs were sent back to India with the Traders. These would include heraldic motifs and European flowers, for example, desired by the home market. As trade became established orders for small scale designs were made, the cloth being used for waistcoat lining and other uses in dresses and coats.

Enter the protectionist backlash: England may have been tired of the dull wools, linens and even silks but they were a little more “homegrown” and livelihoods were under threat by these imported Chintz fabrics. In 1701 a law was passed forbidding the import of printed cotton or silk chintz fabrics – unless they went back out of the country as exports! David Garrick and his wife even lost their bed coverings to the law.

The workaround; passion for chintz was unstoppable. In a sense the original artisan cloth was a victim of its own popularity. Demand was so high that quality suffered and reputation fell opening the door to an innovative and lawful imitation. Plain cottons were brought in and roller-printing techniques developed which are still in use within the commercial fabric industry today. This Western “take” on Chintz is what is broadly recognised today.

So, there are two generations of Chintz in the West – the original artisan-produced labour-intensive fabric imported from India and Asia and the second later European version which, by 1850, roller-printed cloth using synthetic dyes.

Putting a good “shine” on Chintz increases the vibrancy of colour and so, from the beginning, Chintz was coated with wax, starch or resin and hot calendered between polished rollers to produce a sheen on the printed side of the fabric. This also helped to protect colours from damage from sunlight as the face surface became to some extent reflective. This finish is now part of the definition too.

So, is Chintz to be looked down upon? It seems there are chint and chint fabrics – but let’s go to the source and say that exotic, large scale and vibrant designs printed with a confident depth of colour can be very effective and bring something really rich to a room. 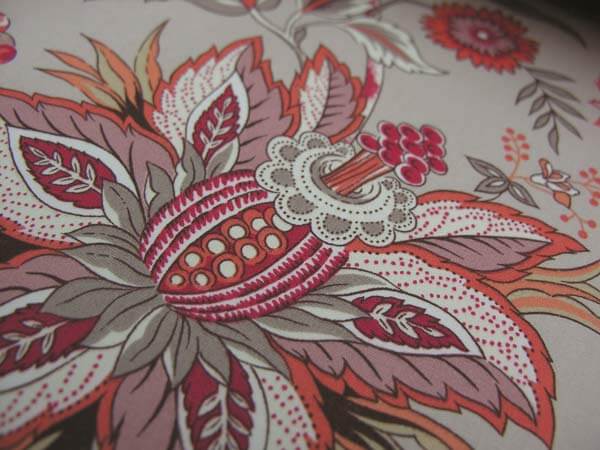 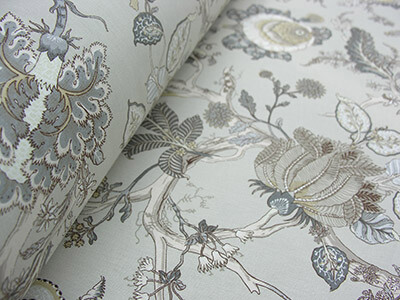