Serendipity! Just as I was wondering what to write about ‘Game’ for our December calendar blog, into the shop walked my good friend Mark Coleman clutching and envelope of old pictures that he wanted advice on how to frame. The pictures were all taken on the Glanusk Estate during the ‘Golden Age’ of the sporting estate before WW1 and have more than a whiff of Downton Abbey about them.

Luckily Mark also new what each picture was showing and supplied the captions to each picture. 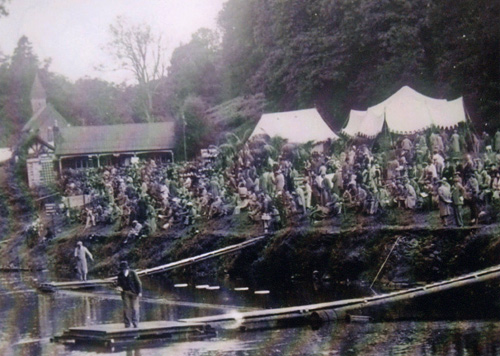 ‘Casting Competition’ (circa 1900) this was a big event in the Edwardian calendar on the estate where the whole estate and village would turn out for a day by the river Usk, the event is still held every 3 years. 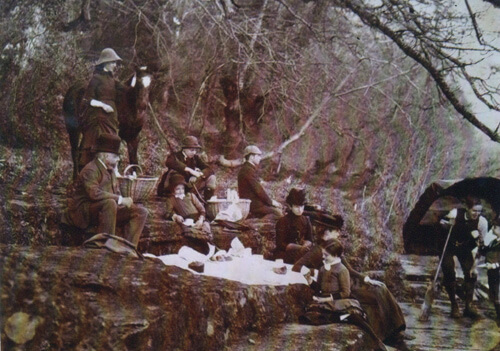 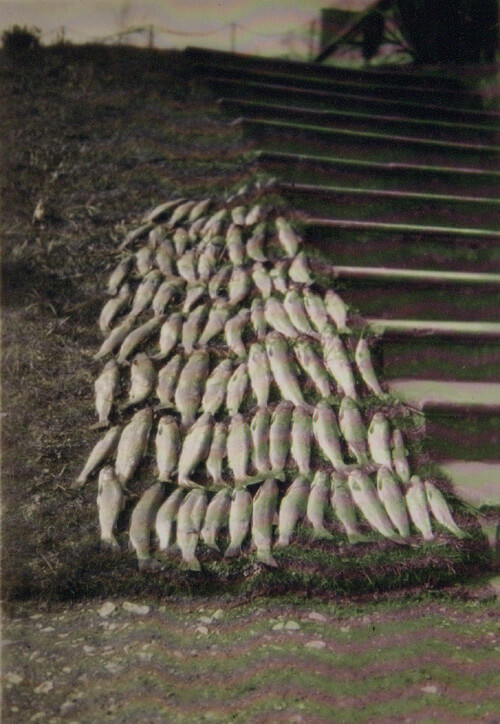 A pre-WW1 salmon catch; although much more sparse in the Usk today, salmon are back on the increase in recent years 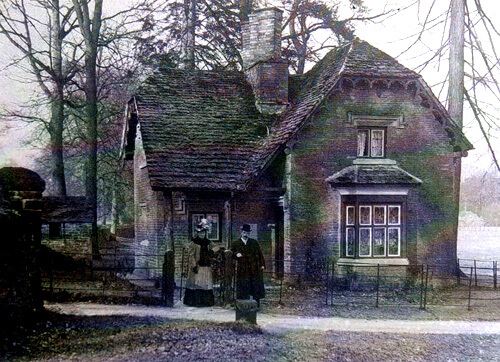 Ernest King, the former head keeper at Glanusk Estate pictured outside his house with his wife in the early 1900’s he was killed by poachers a few years later in what is now known as ‘Kings Wood’.

Glanusk Mansion, built in 1826 and demolished in 1952 having suffered serious damage during it’s WW2 requisition by the army 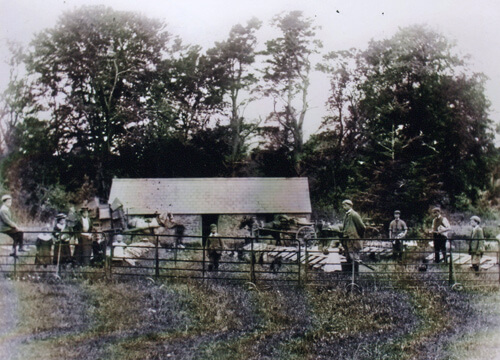 The Pheasant Rearing Field in the late 1800’s – The keepers would gather pheasant eggs from wild broods and incubate them under broody hens. 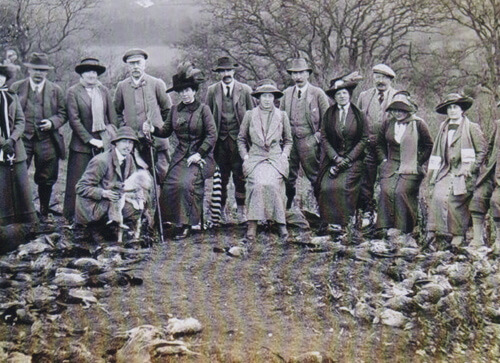 A Glanusk shoot party in the late 1800’s 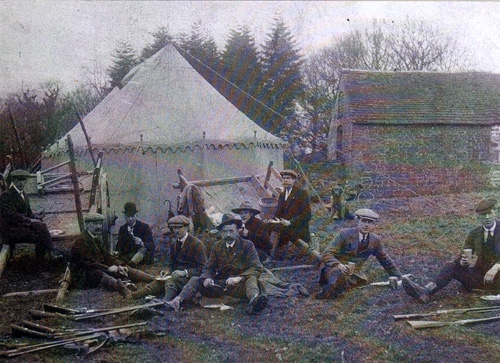 The loaders take a well earned rest at lunch whilst the shooting party take lunch in the marquee erected behind at their chosen lunch spot.. 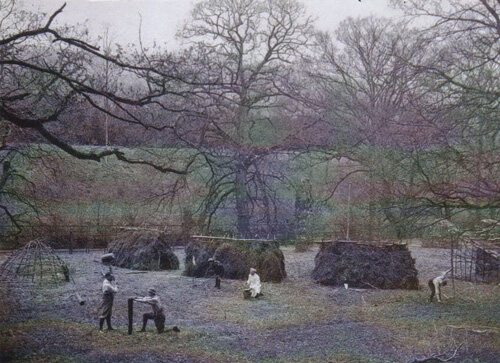 Showing scouts building bivouac’s and setting camp in the parkland at Glanusk. Today such ‘Sporting Estates’ are still around but now operating commercially and much of the countryside around Ledbury looks as it does because it is managed for game birds as well as agriculture. My friend Mark runs the Glanusk shoot, lives in a cottage on the Glanusk estate and clearly loves the countryside that is his home and workplace ‘This is fantastic ground, steeply wooded valleys, small hedged fields; it is a rare setting’ 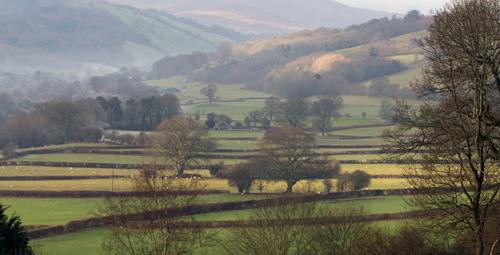 Also under Mark’s supervision is the Stoke Edith shoot a few miles out of Ledbury, which coincidentally is also centered around a ‘lost’ country house, that of Stoke Edith. Stoke Edith was a particularly fine country house built in the 1690’s and was a sad loss to Herefordshire’s built environment when it was demolished following a fire in 1927. We have featured the ‘Stoke Edith Tapestry’ in a previous blog about Ed Kluz and his particular interest in ‘Lost’ houses.

Getting back to the subject: game is extremely good for you being super low fat, low cholesterol and high in protein, and for my money there is little better than a good game casserole on a winter’s evening, the subject of November’s blog Ledbury butcher Dave Waller always has a good selection of game when in season and for recipes and tips on cooking game www.gametoeat.co.uk has it all.