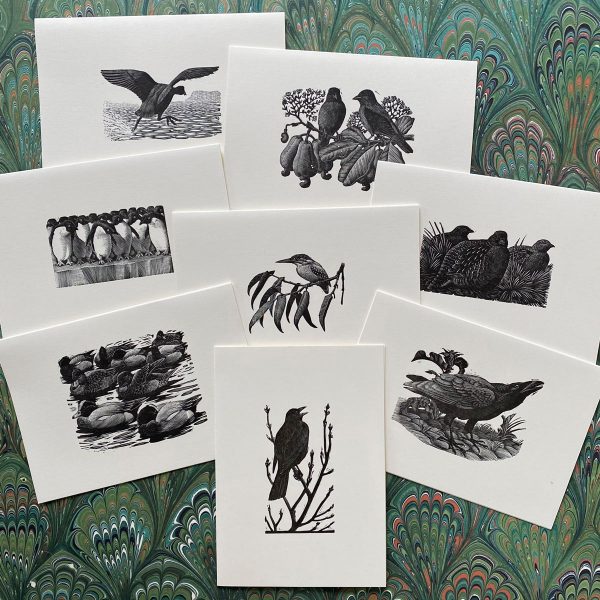 Set in the heart of Ledbury, Tilley Printing really does tell of the history of this charming market town. Established in 1875 and almost entirely unchanged since then, it is a place where magic happens. You only need open one of the many draws lining the walls to find the hundreds of teeniest tiny lettering type, still shiny from use; or rummage in the stacks of wood blocks to find engravings of hop growing, apples for cider, or intricate logos for local businesses and societies. 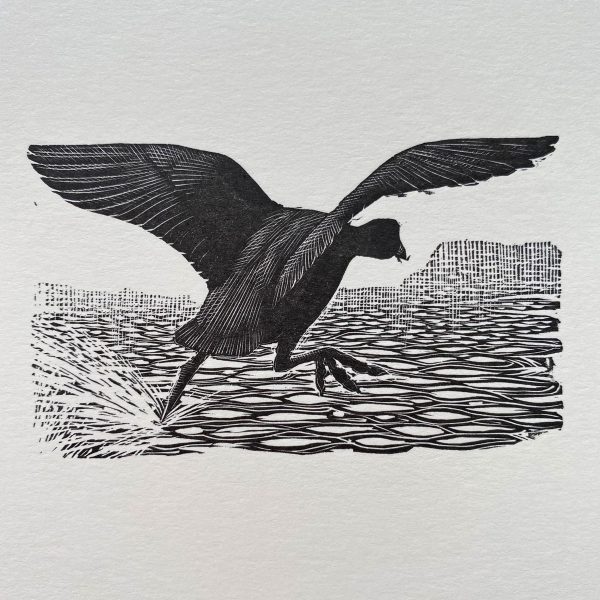 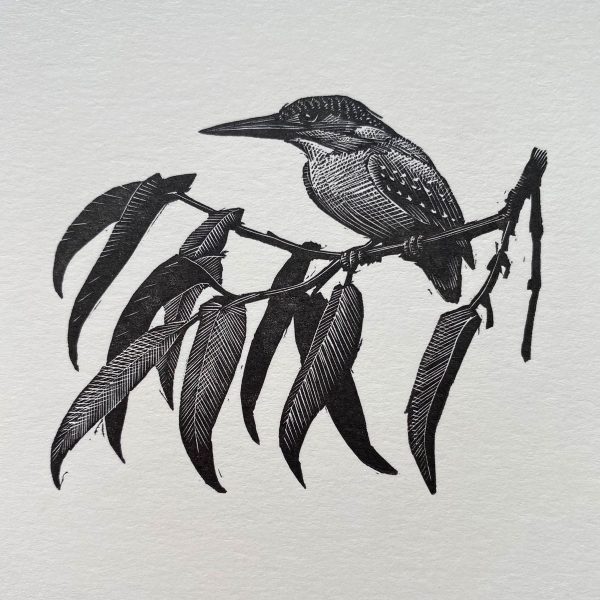 So, when a box of anonymous wood engravings found their way to Tilley’s they were greeted with joy and admiration as it was evident that the artist was really rather accomplished. After a little examining and research it was confirmed that the work was that of Charles Frederick Tunnicliffe. Naturally, with the kind permission from the Tunnicliffe estate, the blocks were put to their intended use and trialled on the Heidelberg Press. Martin Clark of Tilley Printing printed the first edition of Tilley’s Tunnicliffe Notelet Set for Tinsmiths, using eight of the “beautifully made” original wood engravings. 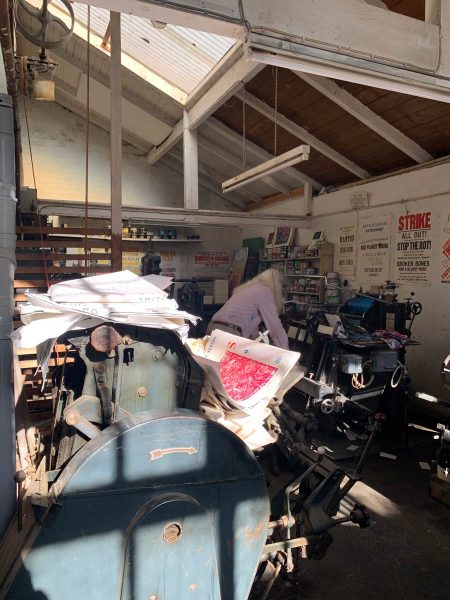 Martin Clark working the Heidelberg Press in her 40th year of service.

Charles Tunnicliffe is most well renowned for his naturalistic paintings and engravings of British birds in their natural settings, particularly those of the Isle of Anglesey on which Tunnicliffe settled and spent most of his working life. After attending Macclesfield School of Art, Tunnicliffe was awarded a scholarship to Royal College of Art, London. He mastered his work in a range of media: watercolour, etching and aquatint, oils, wood cut and wood engraving. He began to make quite a name for himself and his paintings and engravings were used to publish many Ladybird Books and Brooke Bond Tea Cards during the 1950’s and 60’s. Tunnicliffe also provided a set of wood engravings to illustrate Henry Williamson’s 1932 Tarka The Otter. 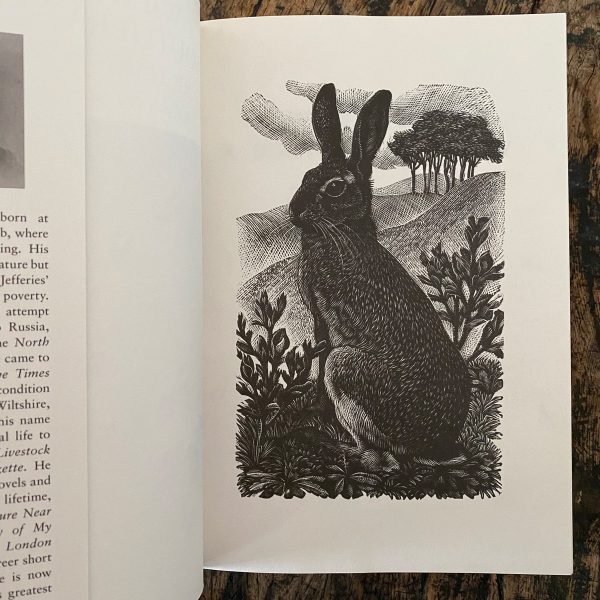 Wildlife in a Southern Country by Richard Jeffries illustrated by C.F. Tunnicliffe

From 1953 Tunnicliffe’s work became more focused as he was commissioned by the RSPB to illustrate a number of front covers for their magazine Bird Notes which later became Birds. 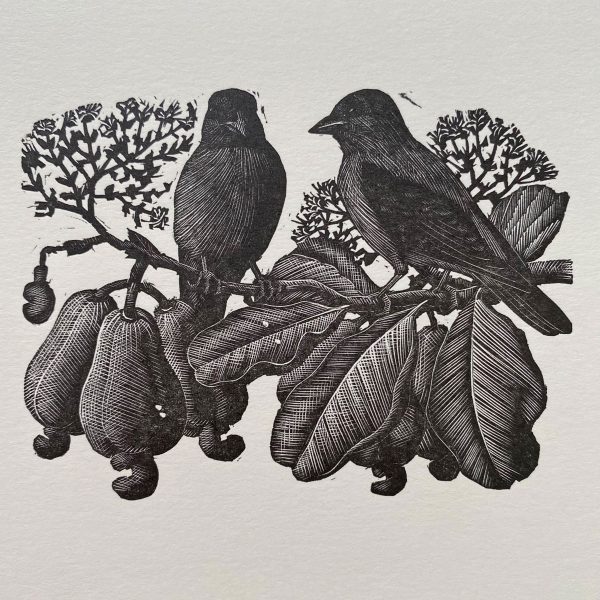 Wood Engraving is the fine art of working into close-grained wood, often boxwood or lemonwood or cherry, to create extremely fine lines using a Burin. One creates a relief print process in which the ink is applied directly to the wood and applied to damp paper at a relatively low pressure. 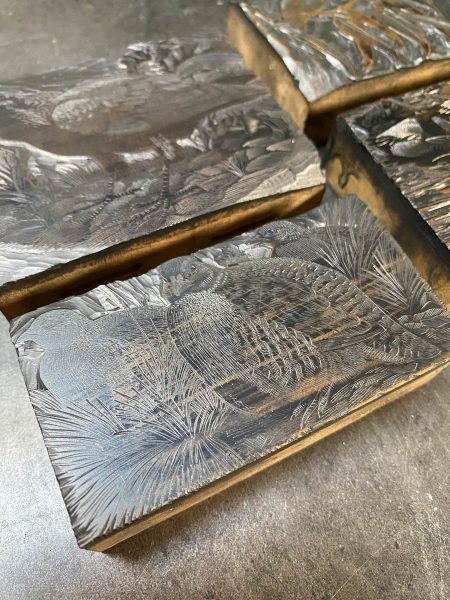 Thomas Bewick set the pace for wood engraving today with his transformative approach. Using metal engraving tools (burin or graver) which he himself had adapted to produce the finest of lines, rather than knives or chisels previously used for woodcarving, and engraving into the wood’s end grain rather than the side of the block to create a much more durable and detailed image which could withstand thousands of prints without depreciation. 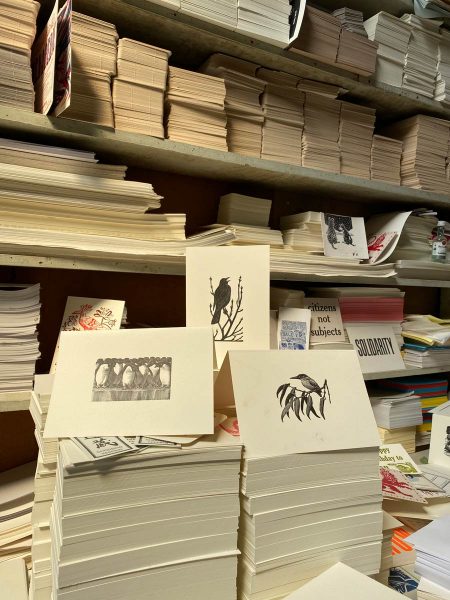 Wood engraving blocks could be used production printing presses which were going through great industrial changes during Tunnicliffe’s time; Tilleys saw considerable modernisation during the first half of the Twentieth century, including the replacement of the steam generator by electrical power. These monumental changes to production meant that thousands of illustrations could be printed alongside type to drive the upsurge in illustrated novels during the 19th century, much to Tunnicliffe’s delight. 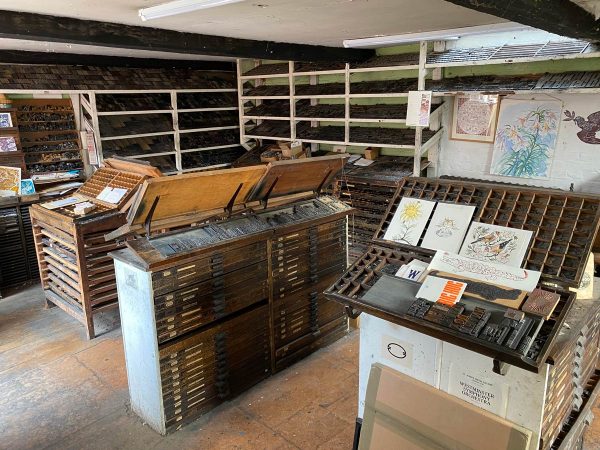 There is a special place in the heart of Tinsmiths for objects and crafts with deep history and tradition. From favourite artists to past exhibitions and in the fabrics we hold, there is a strong celebration of wood engraving and the entire printing process. Clifford Webb, Gwen Raverat, Eric Ravillious, Edward Bawden, John Nash, Claire Leighton, William Morris, are amongst many names that helped light the path of engraving for current artists such as Ed Kluz, Angela Harding, Angie Lewin and many, many others. 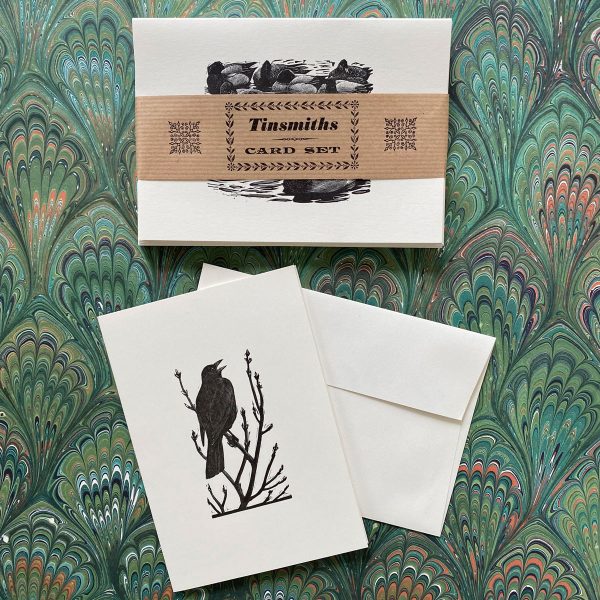